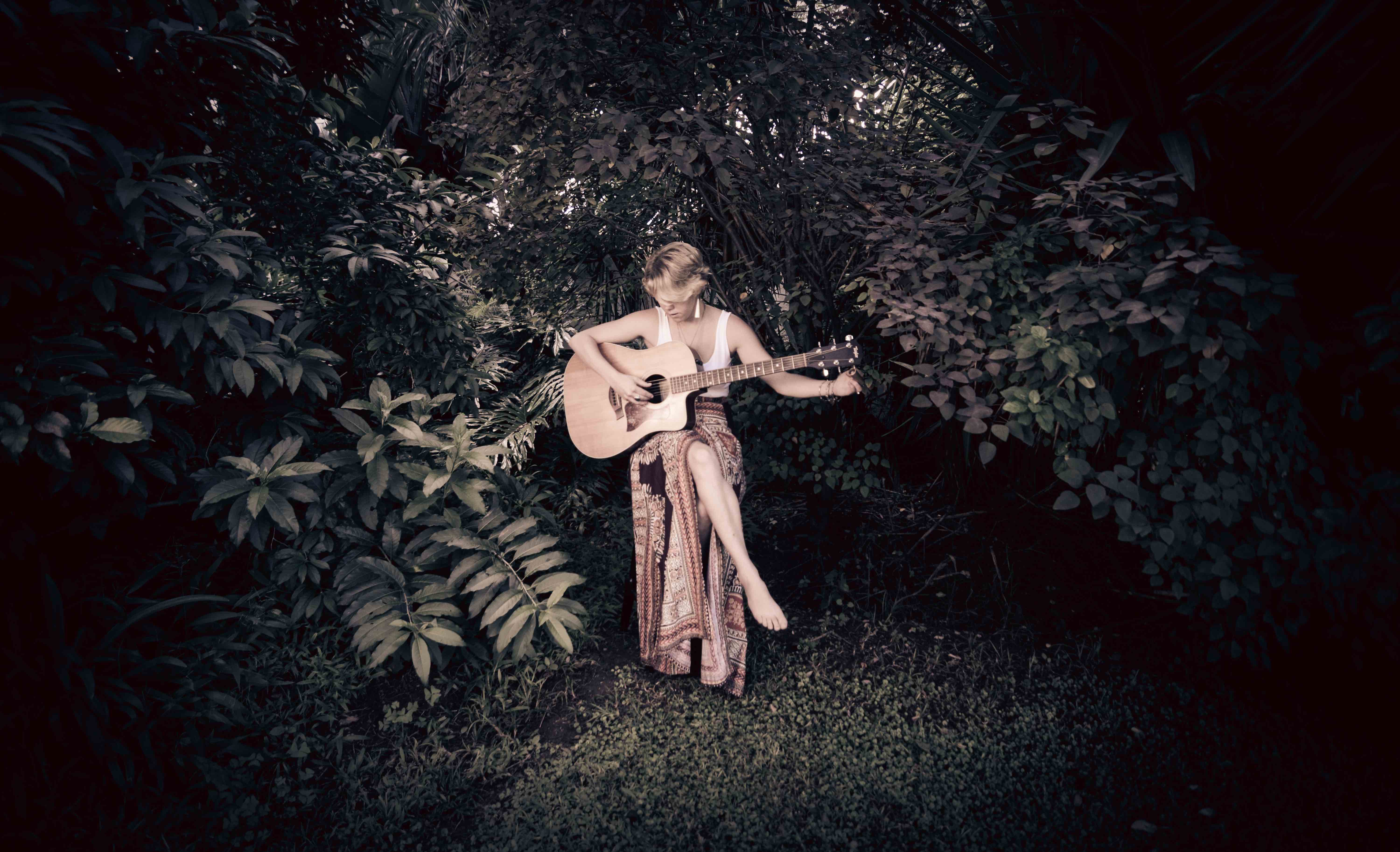 A style ranging from lively foot-stomping folk rhythms to the dirty-delicious sounds of delta blues.

About Amy & The Calamities

Amy & The Calamities is the stage name of artist Amy Wawn, a musician and singer-songwriter from Bulawayo, Zimbabwe. Amy's music is inspired by the sounds of her home in Africa, as well by artists like Son House and Howlin' Wolf, The White Stripes and Ray Lamontagne.

Her style ranges from lively foot-stomping folk rhythms to the dirty-delicious sounds of delta blues on the slide guitar. This is accompanied by a dark, brooding vocal range, lilting melodies and thoughtful lyrics. The ‘Calamities’ was coined after Amy’s first open mic in Cape Town, South Africa in 2014. As well as referring to the fluctuating members of the band, it hints at spontaneity – an essential element in the creation of art. Amy studied piano from a young age and began learning guitar and violin in her teens. She was accepted into the University of Cape Town for a degree in Piano for Musical Performance and Composition but instead took a break from classical training and studied a BA in languages. She played her first open Mic at Obviously Armchair in the quirky student suburb of Observatory in Cape Town in 2014.

Before moving to London, Amy performed at several major festivals and events around Zimbabwe both as a solo act, and in a trio consisting of percussionist Nigel Mzingaye (Mzie) and electric guitarist Jonathan Wise. In 2018 Amy was invited to play on The Den Stage at The Cambridge Folk Festival which headlined artists Patti Smith and First Aid Kit that year. She released her debut EP The Suspects in February 2018 in collaboration with exquisitely talented violinist Georgina Leach, who is now a full time member of the band. Georgina was recently nominated as ‘Instrumentalist Of The Year 2018’ by the Americana Music Association.

She is an accomplished artist in her own right and has performed with Seasick Steve and Ethan Johns and the Black Eyed Dogs, to mention only two. Amy is now based in Camden Town where she performs regularly at Spiritual Bar, one of London’s more intimate and eclectic live music venues. She was invited in 2017 to be an artist on the Spiritual Records label. If you'd like to read more about Amy & The Calamities, please visit www.amyandthecalamities.com where you'll find a full bio, gig schedule and blog posts about what me and the band have been up to in the last few months. Career Highlights:-

How Does It Sound? The Spirit of Camden, 2020
Amy features in the first episode of the documentary series How Does It Sound? Which hones in on the grassroots music scene in Camden Town, London. Cambridge Folk Festival, 2018 - The Den Stage Amy was invited to play The Den Stage after being scouted from a live Sofar Sounds video on Youtube. She performed with mandolinist James Le Huray. Sark Folk Festival, 2019 - Tintague Stage After a stint back home in Zimbabwe Amy returned to England and kicked off the summer season on Sark Island, once again accompanied by James Le Huray. Spiritual Records Summer Festival, 2019 Spiritual Records Festival series take place 3 to 4 times a year at The Monarch in Camden. This year Amy performed with Georgina Leach on Violin. Ethan Johns & The Black Eyed Dogs - Spiritual Bar, 2019 Amy opened for the illustrious Ethan Johns at Spiritual Bar in August this year.

Amy Montgomery - Paper Dress Vintage, 2019 Amy & Georgina opened for the rising Northern Irish folk-rock sensation that is Amy Montgomery at Paper Dress Vintage in September this year. This was before Amy Montgomery and the band departed for a tour of Australia where they shared the stage with William Crighton, amongst others. Endorsements:- "Amy has a depth that defies her age. Her intense and mesmerising guitar work is matched effortlessly with her dark and brooding vocal range" writes Rafael Pesce, Founder of Spiritual Records. The Suspects EP has been met with some great reviews. Indie Band Guru recently described it as an EP that "perfectly showcases a musician who has a lot to offer. With an impressive range of sound, a lyrical depth and sublime vocals, all the right boxes are ticked."