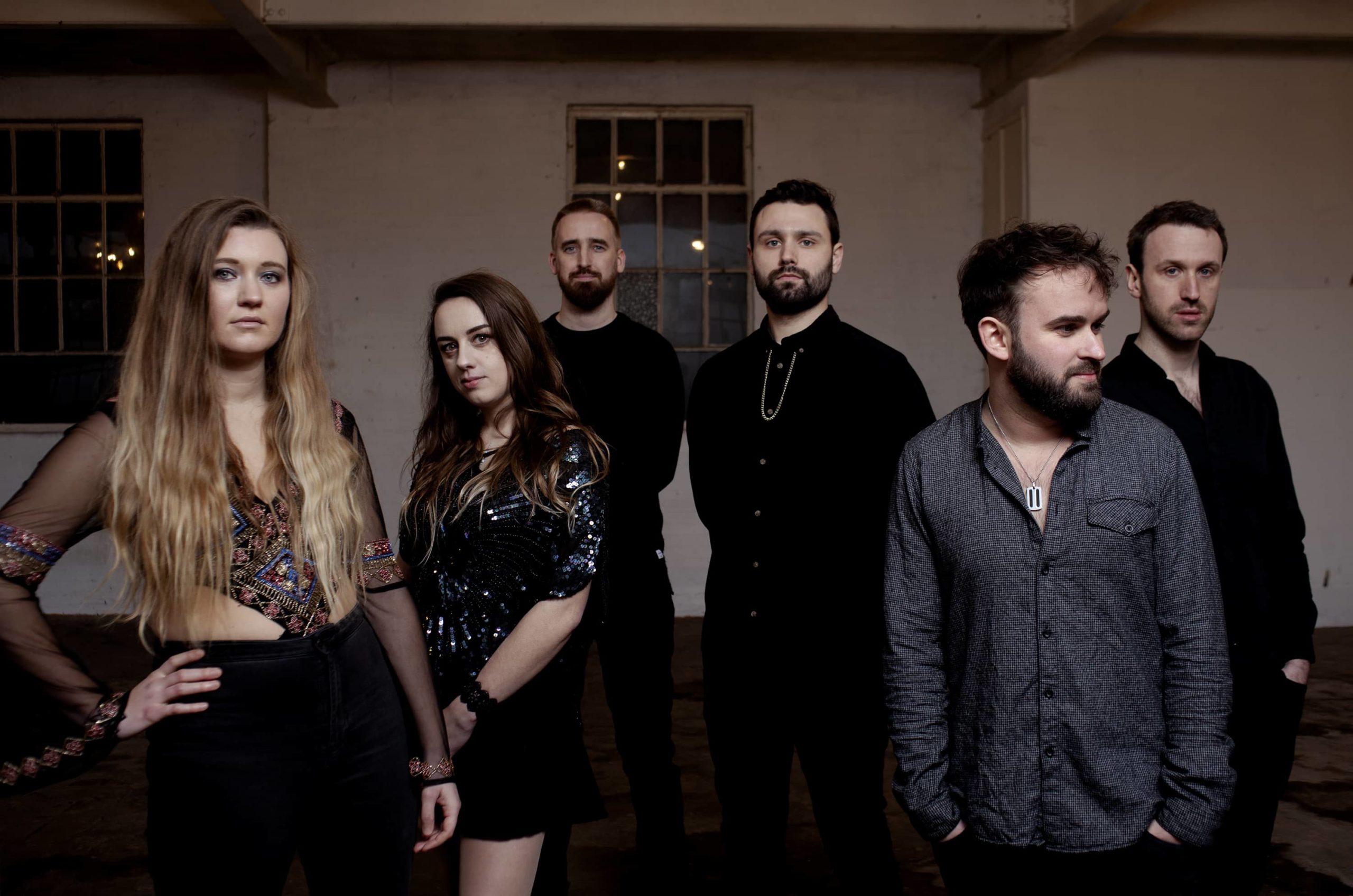 Part country, part rock, with sprinklings of folk and something else entirely

Striking six-part harmonies, energetic rhythms, catchy songs and a fiercely formidable live act – Morganway have made quite the impression on the UK’s rising Americana scene. Part country, part rock, with sprinklings of folk and something else entirely, it’s not easy categorising the band’s “delightfully unconventional sound” (Desperately Lost City).

They released their self-titled debut album in August 2019 to widespread acclaim. With a summer of festivals including Glastonbury, Black Deer and Millport Country festival, sell-out shows in London, a national tour with CC Smugglers and a British Country Music Award Nomination for UK Band of the Year; Morganway have caught the attention of Whispering Bob, and were described by Maverick Magazine as “One of the best and most exciting prospects to emerge in a long time.”

2020 began with a sell-out show in Palma de Mallorca, followed by a headline UK tour with sold out dates in London, Glasgow, Cambridge and Southampton. Then…

To say the Coronavirus pandemic was anything less than the most monumental rug pull would be putting it lightly. Yet in some ways, Morganway have been lucky. Although they couldn’t meet, they still had guitars, keyboards, violins, drums and computers. Soon an album of new material was being written, initially over zoom, later as lockdown lifted, together again and back in the studio. The rest… you’ll hear soon.

They have performed at Country 2 Country Festival at The O2 in London to acclaim by reviewers and fans as well as having a number of great festival bookings for this summer including Black Deer, Wood, Leestock, LakeFest Festivals and a number of others.

A storming set opening the second stage at Cambridge Folk Festival in 2018 brought their music to hundreds of new fans and really set the tone for the energy that they bring to concerts.

"One of the most exciting prospects to appear on the scene since The Wandering Hearts. But whilst The Hearts bring a distinct country flavour to their brand of Americana, Morganway infuse theirs with a whole lot of rock, creating an explosive, sometimes ethereal, sound in the process." - Building Our Own Nashville

"The Morganway sound is not easy to define, taking inspiration from many sources yet remaining to be refreshing and unique" - W21Music