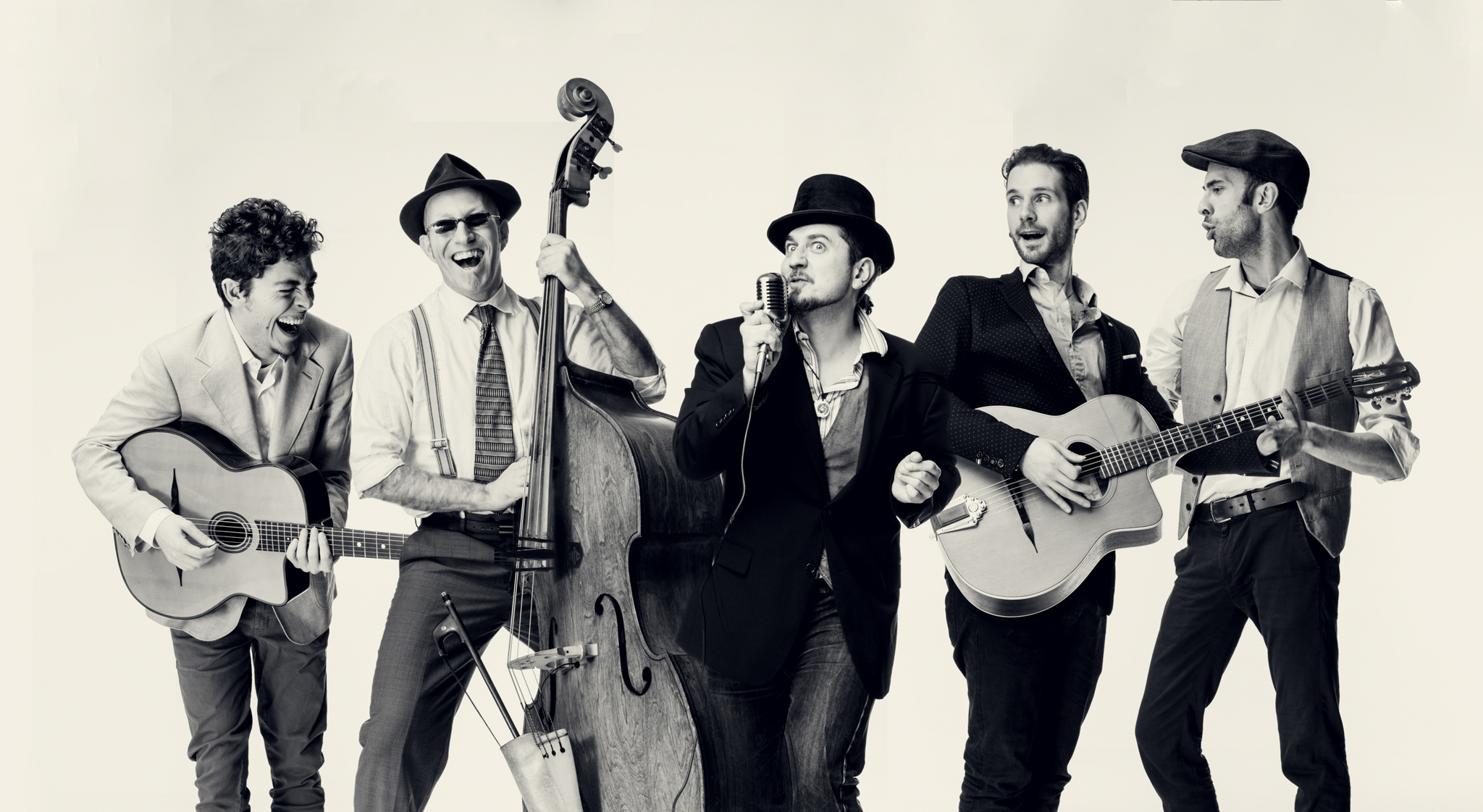 Swing Dynamite are an authentic Gypsy Jazz ensemble who since 2001 perform unique and fresh arrangements of traditional Gypsy Swing, Italian and Spanish music on two guitars and vocals (with larger lineups up to a Quintet available).

They are a highly sought-after Gypsy Jazz band hired for wedding gigs, corporate and private events.

As well as performing regularly in the UK, they have toured in France, Italy, Malta and Russia, and played at many illustrious venues including the House of Parliament, Tower of London, Union Chapel, and the Century Club.

They often team up with prodigy guests from London's top music scene, expanding their lineup up to a 5-piece band.